FindyourB is a podcast about people who found life inspiration and dedicated themselves to it. The project goal was to increase the number of Patreon supporters, and update look-n-feel, so that the website stands out and is harmonized with the key visuals.

Leading the design process starting with requirements collection, creating the concept of new website, presenting it to stakeholders, and participating in the development process. 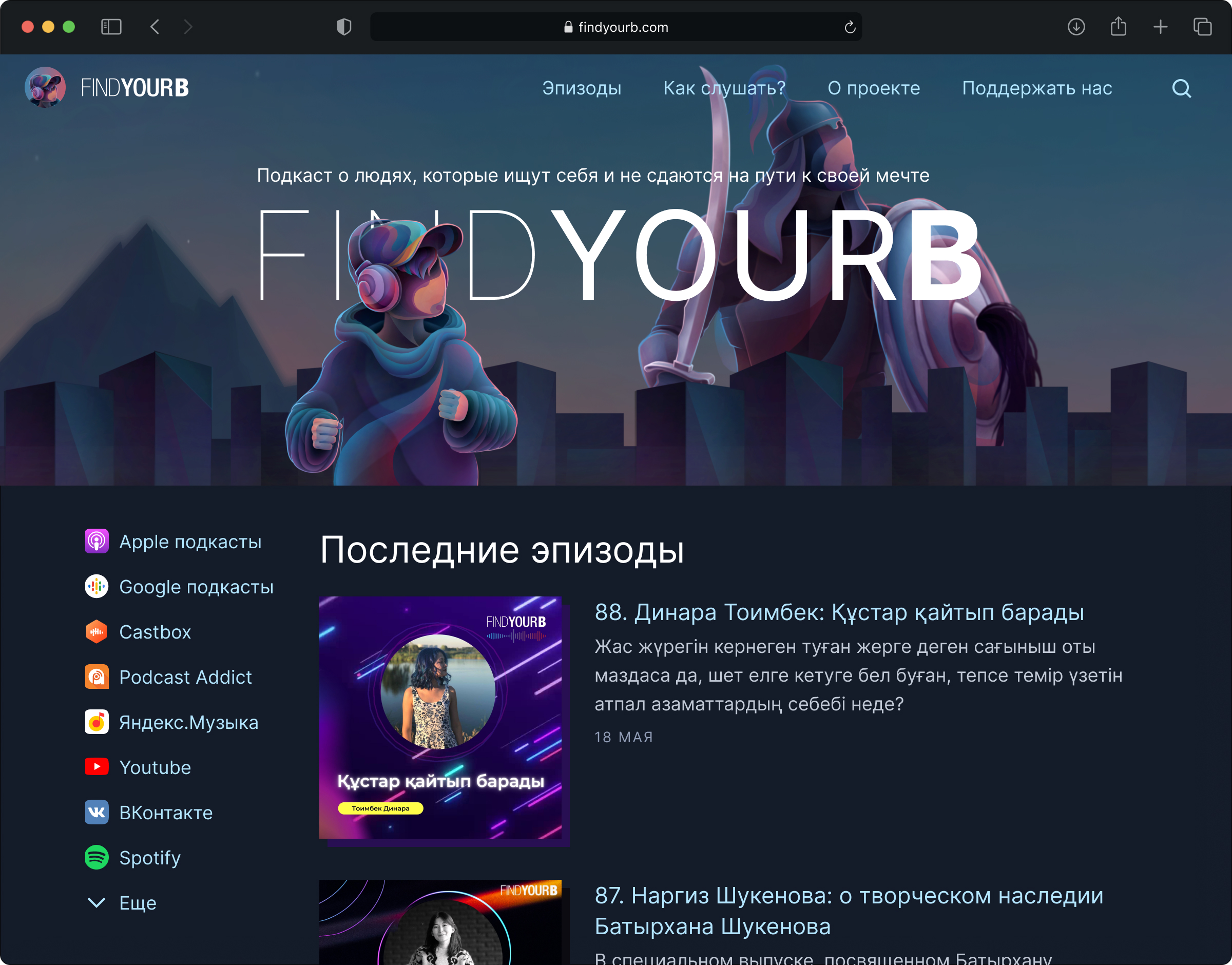 While for desktop there is the coloful visual animated with parallax effect to convey the podcast vibes, the cover is removed from mobile devices to make basic functionality more prominent. 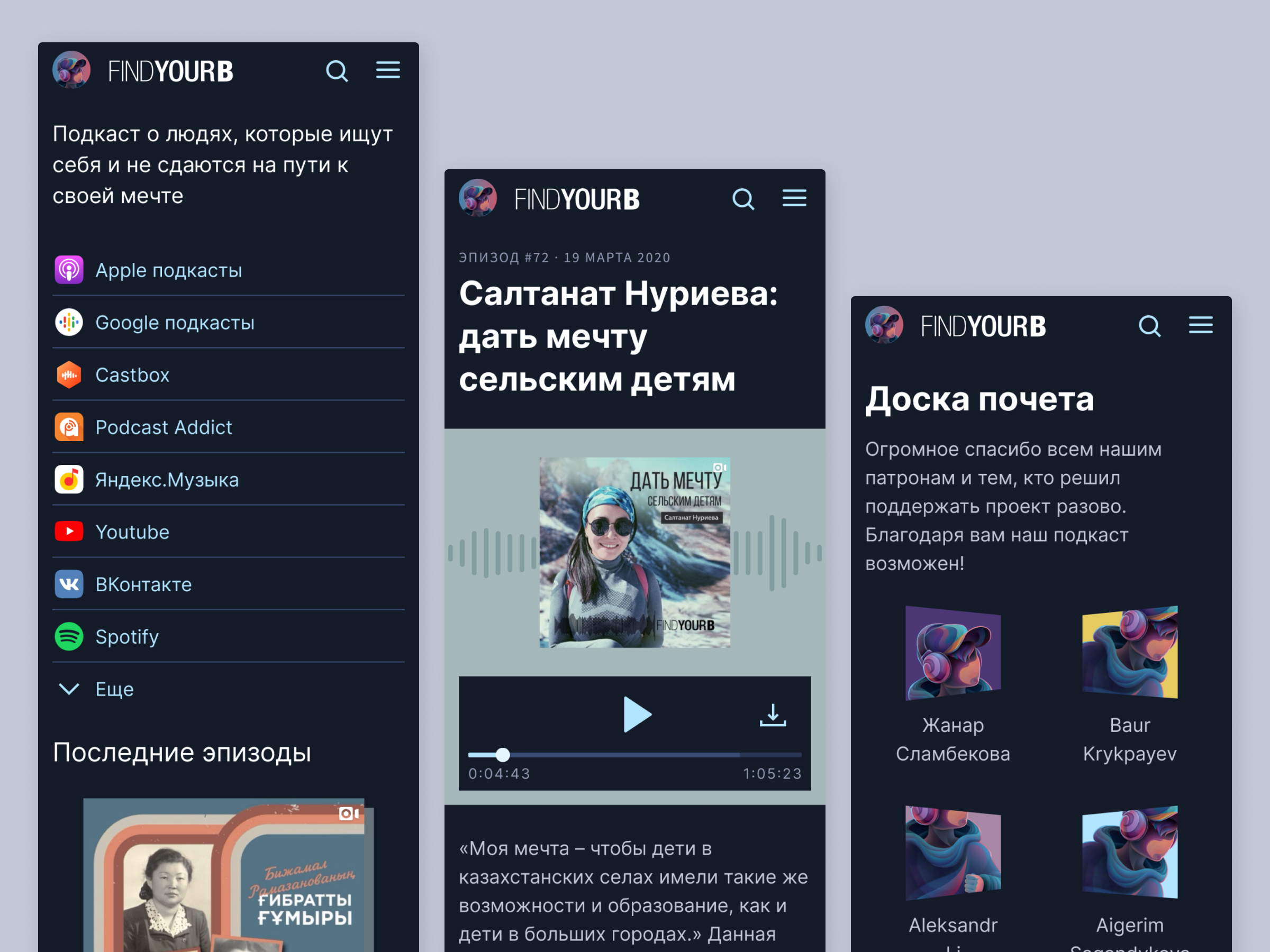 At the index page and after each episode there is the module suggesting users to support the podcast via Patreon or directly by bank transfer. For each option the benefits are described, so that users can decide if it is worth it. Also, patrons who pledged the most are acknowledged below: 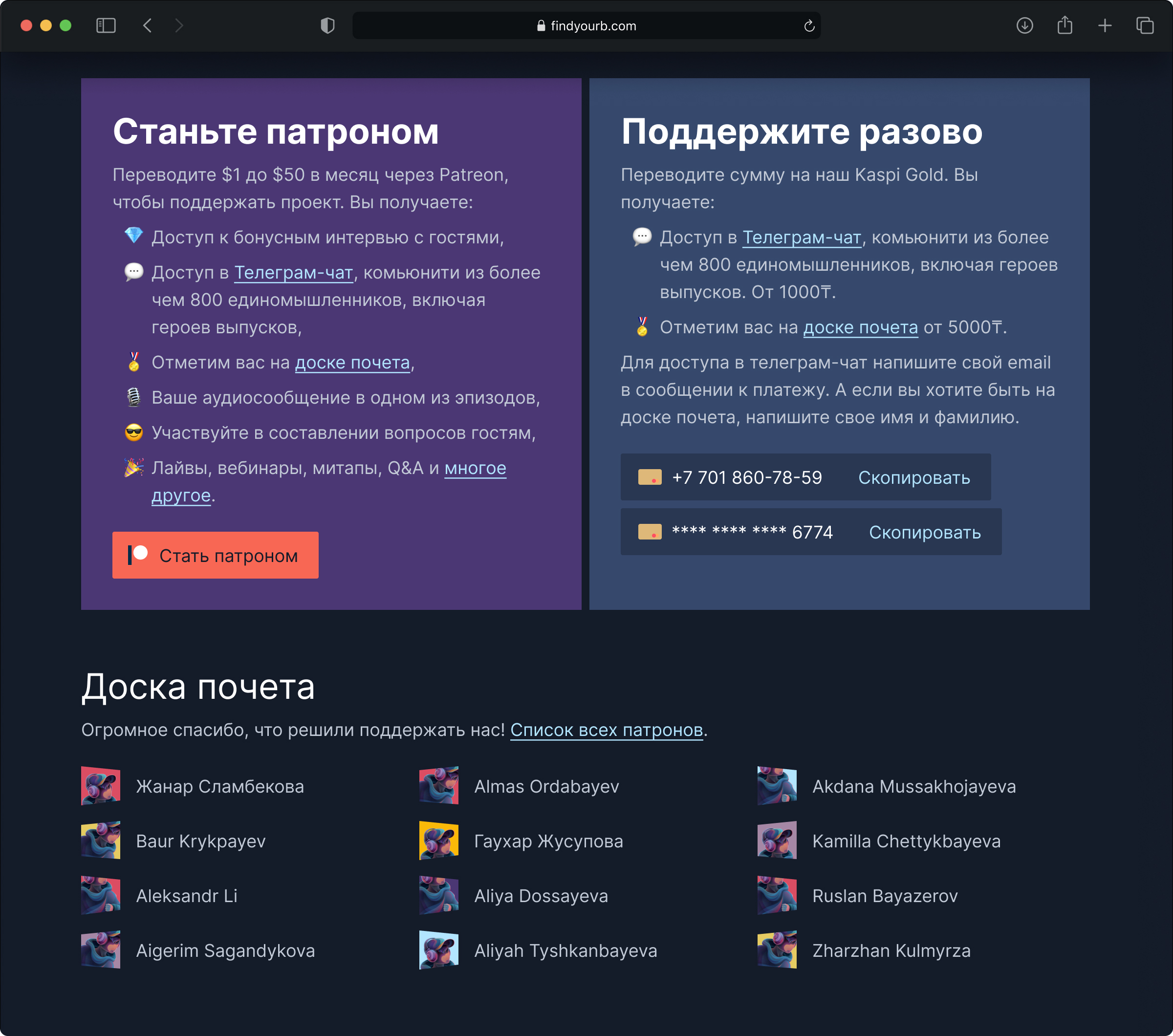 Initially we wanted to show the Patreon userpic for each patron, so patrons can recognize themselves, but it did not fit the scope before the website release. A workaround I came up with a set of placeholders that would be “not so boring”:

Trying my hands on Tailwindcss

Apart from collecting requirements and designing the website, I assisted with development. It was fun to get familiar with the Tailwindcss framework, and it appeared to be so lightweight and easy-to-maintain in this project. Thanks naffiq for the opportunity to work on it.